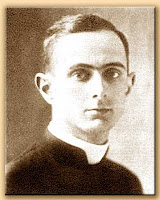 Reasons behind his recall to Rome
Very little has been written about the future Pope Paul VI’s five-month sojourn in Warsaw. Biographers concur that something went wrong, prompting Father Giovanni Battista Montini’s recall to Rome in the Fall of 1923. Poor health is invariably mentioned but vaguely, without identifying the malaise. Some authors also suggest that Montini might not have been suited for the work of second secretary at the Warsaw Nunciature. Recently, I have uncovered a few documents which shed light on the nature of the youthful Father Montini’s illness and the circumstances which led to his return to the Vatican.

The Warsaw Nunciature was shut down at the end of the Eighteenth Century after the final partition of Poland-Lithuania. Pope Benedict XV reestablished it in 1919 after Poland regained its independence and named his apostolic visitor to Poland, Achille Ratti, as nuncio, upon the request of the Polish government. Ratti was named cardinal-archbishop of Milan in 1921 and in February 1922 was elected Pope Pius XI. Within a year, the new pope was to unknowingly approve the assignment to the same nunciature of his successor in both the archbishopric of Milan and the papacy.

Ratti had been succeeded as Polish nuncio by Lorenzo Lauri in October 1921. Lauri inherited Ratti’s staff, the auditor (first secretary) Erminigildo Pellegrinetti and second secretary Antonio Farfoli. Pellegrinetti had come with Ratti to Warsaw in 1918 and Farfoli joined the nunciature’s staff in April 1920. Pellegrinetti was destined for higher things. He had competently acted as chargé d’affairs, running the nunciature from June to October 1921 until Lauri reached Warsaw. In March 1922, Pius XI named his former secretary Pellegrinetti to be the first nuncio to Yugoslavia. He was replaced as auditor in Warsaw by Carlo Chiarlo while Farfoli retained his position as second secretary.

The climate in Warsaw proved to be very taxing on the health of the Italian clergy, who invariably served at the nunciature. Monsignor Farfoli’s health began to fail at the beginning of 1923. On 18 January, the nuncio sent a dispatch to Monsignor Pizzardo of the papal secretariat of State (Congregation for Extraordinary Ecclesiastical Affairs), explaining that Farfoli had been in bed for ten days with phlebitis in the left leg. “Obviously the cold climate is not best for such illnesses and the doctor has ordered hot baths as soon as the season will allow him.” Lauri then asked for a replacement, referring to a recent meeting in Rome when Pizzardo had mentioned Montini’s name for the first time:

If you decide to recall him [Farfoli] for another destination, I would ask Your Most Reverend Excellency to not take long to send me another secretary, since the work here is rather intense. Your Excellency spoke to me of a certain Mondini [sic] that you said you thought was most suitable in every respect. I have no objection whatever to the contrary, not knowing him personally and trusting blindly in the opinion of your Excellency.

It appears that Monsignor Pizzardo intended to send Montini to Warsaw as an experiment or at least for only a short period of ‘field work’. This can be understood from Lauri’s next letter to Pizzardo, dated 11 February:

Regarding Father Montini, I will accept him with open arms because he is coming from You and in the hope that he will grow to like this nunciature and decide to remain, at least for the next winter, to brave that cold that many fear but which has not yet killed the nuncio.

But Montini was not the only candidate. Apostolic Visitor to Ukraine, Father Giovanni Genocchi, had been attempting have an ecclesiastical appointed to Warsaw who would be most familiar with the Eastern Catholic Churches. He suggested Monsignor Margotti of the Oriental Congregation. Nuncio Lauri, in turn, suggested that Farfoli be destined for the Oriental Congregation “especially for his knowledge of the Ruthenian question.”

As to the choice between them, on 19 February, Lauri wrote to Pizzardo:

Not knowing either Montini or Margotti I have no greater preference for one than for the. I leave Your Excellency in complete freedom. Send me a intelligent young man, of good character and as soon as possible, and I will be content.

Pizzardo was notoriously slow and no secretary was to be had for another three months. On 24 April, Lauri wrote again, this time asking for Margotti:

Father Genocchi spoke so well to me of Monsignor Margotti that I believe that he would be most useful to this Nunciature, especially for his knowledge of Polish.

Possibly this dispatch or further pressure for the rival finally induced Pizzardo to send his protégé Montini to Warsaw. Montini’s personnel file in the nunciature’s archives has been completely emptied except for a single folio, a telegram send to Nuncio Lauri on 6 June 1922:

I will arrive Wednesday evening at 8:00 pm. Regards. Montini

During his service, Montini does appear to have been mentioned in any of the official dispatches to the secretariat of state, at least not those drafts currently found in the Warsaw Nunciature’s archives. He was mentioned briefly by Monsignor Chiarlo in connection with the affair of the return of the return of Metropolitan Sheptytsky to Lviv.

On 14 September 1923, Chiarlo wrote that, in his absence, Montini had annswered the telephone call from the Polish Ambassador to the Holy See, informing the nunciature that an agreement had been reached allowing Sheptytsky to return to his see.

No further news of Montini occurs until after his departure. The following letter from Lauri to Pizzardo, dated 11 October 1923, sheds much light on what had occurred to warrant the recall of the young ecclesiastical adept:

Yesterday don G. B. Montini departed for Italy, authorized to return to Rome by the telegram of the 2nd current of this Secretariat of State. As soon as I arrived in Warsaw, I discovered that, on the previous day, Don Montini had been visited by house doctor, Mr. Markiewicz, who is well known to Holy Father. The Auditor [Chiarlo] questioned this doctor if he believed the harsh winter in Warsaw could be dangerous for Don Montini. He replied that he was healthy in body but, at the same time, he had discovered that his heart had not developed in proportion to the body, which was the cause of the ailments that Don Montini felt from time to time. Despite this, he considered that Don Montini, if he did not expose himself by leaving the house on the coldest and windiest days or during cold rain, could endure without danger even the most terrible days of winter in this capital.

Still, from what I was able to learn myself on my return to Warsaw, I also shared the opinion of Dr. Markiewicz. However, according to that which had been agreed with Your Most Reverend Excellency, I thought to obtain the opinion of another physician, a specialist in heart diseases. An appointment had already been made when he received the aforementioned telegram, which made further investigation unnecessary. I am happy to report that I was and am happy with the performance of the young Don Montini, who proved to be intelligent, hard working, pious, polite, and educated, just as Your Excellency so rightly had described him to me.

Lauri then asked for Carlo Margotti once more but Margotti was destined to remain in the Oriental Congregation until 1930.

These dispatches appear to contradict the hypothesis that Lauri, somehow dissatisfied with Montini’s work, had asked Pizzardo to recall him. The documents removed from Montini’s personnel file would shed further light on the topic but they will not likely be made available for consultation for many years to come, if at all.