Abbé Quoëx and the Liturgy 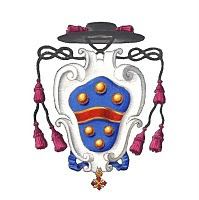 On 2 January 2007, a man of great virtue, Father Franck Marie Quoëx, passed to his eternal reward in God.   Each year, those who had the great privilege of his friendship observe this day quietly, modestly but religiously.  And so it is fitting, as Abbé Quoëx was a modest man, a hidden soul.  His scholarly works, of great scientific value, are not yet known.  And still, many who did not know him in life have come to admire him and cherish his memory.  The power of his personality, the nobility of his character, the goodness of his heart continue to attract people who never met him.
An worthy reflection on Father Quoëx's life and work has recently appeared on New Liturgical Movement.  To this excellent article, I can only add that, as an authentic Christian liturgist, Abbé Quoëx did not limit his interest to his own rite; he also studied in the Eastern Liturgies, especially the Byzantine Rite and its various usages. He would often attend Byzantine Divine liturgies in Rome and examined the parallels between different rites and their authentic differences.  His scholarship was pure, motivated by the highest human and religious values, devoid of dependence on fashion or conformity based on self-interest.  He cultivated knowledge because it is man's purpose; it belongs to his natural and spiritual destiny. Quoëx's liturgy, whether studied or celebrated, was a participation in God's Beauty and mankind's desire to share and live that beauty.
Father's Quoëx was not given the consolation to see his work recognized in this life.  He was, however, granted the grace to see the accession of Pope Benedict XVI, who shares his love and appreciation of the liturgy's culture.
I encourage everyone to read the article in question in order to know him whose memory endures.  May he continue to challenge and encourage us to follow in his footsteps.
Posted by Rev. Dr Athanasius D. McVay, HED, FRSA at 10:20 No comments: