Ukrainian Canadians: For King and Canada 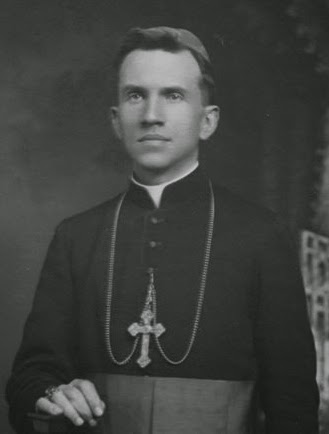 To the Rev. Clergy and all the faithful Ruthenians:

Not long ago the world was stirred by the news that Austria is fighting with Servia. All other powers decided to wait and mainly England with all her might and efforts tried to make the war local and maintain peace.
At the time when no state was endangered by war except Austria and Servia, when England did not call her citizens to defend their homes, then, we issued a circular in which we stated that Austria, through the Austro-Hungarian Consulate challenges her loyal subjects to stand under the Austrian flag. We also stated that the Ruthenians who arrived here only for a short period ought to bey the call of Austria and go to defend their homes and families.
... Our new home of Canada challenges her faithful subjects to gather under the British Standard and be ready to give their lives and properties for the British cause. Today all the nationalities living under the British flag send their sons to defend that flag.
In this event when to us as loyal citizens comes England with appeal to have us gathered under her flag, when Britain needs our aid, we, today as faithful citizens of the part of the British Empire the Canadian Ruthenians have before us a great and solemn duty to flock under the flag of  our new land and under this standard give our lives and blood.
Ruthenians,– Canadian citizens: It is our great duty to defend Canada, for it is the land that not only received us and gave us shelter under the Constitution of the Great Empire, but more than that, it gave us liberty in developing ourselves spiritually.
Once more Ruthenians; it is our holy duty to be in readiness and offer everything for Canada.
It isn our home to which we swore allegiance, for which we declared to give lives and all in its defence when necessity demands.
It is our dear Motherland whereon our families, relatives, children, property, our hearts and future depend.
Therefore, in these most critical times as now, we must remember that as true Sons of Canada bound y the Oath of Allegiance to our King, we must flock to the British Standard.
Put aside all party and radical feelings, aside all indifference.
We conscientiously and with deep feelings of loyalty and duty want and will help our new country when endangered by enemies.
Ruthenians, Canadian Citizens: You that have already sown allegiance to be loyal to your King George 5th, and you that intend to do so, remember that the present moment demands you. For any unloyal word or action here as in any other country in time of war death is punishment for treason.
Loyalty binds you to deeds and sacrifice and when the Empire calls for this everyone must be ready even to put up his life.
If it were necessary and possible to organize a regiment of the Canadian Ruthenian Citizens, it would be obvious sign that the Ruthenians in Canada are true subjects and are ready to sacrifice everything for their new home.
Secondly we declare that we must fulfil our duties not only from the standpoint of the law but with deep feelings of duty.
Only God knows how this war the greatest in history is going to end.
Pray God that He may with His almighty power shorten this terrific storm and cause its end and that our new home may not suffer loss.
In view of the fact when our former letter was issued then, the war was exclusively between Austria and Servia, and only few believed that it will spread over other Kingdoms; viewing the fact that there existed a peace in England and that England did not call her subjects to action, we declare emphatically that our letter of the 27th of July, in view of the new altered political situation, is irrelevant and must not be read in public and churches.

Instead we urge the clergy t read the present letter during the sermons in their parishes and inform accordingly the Ruthenians of their solemn duty to the Great British Empire.