Exsul Familia – A Family in Exile 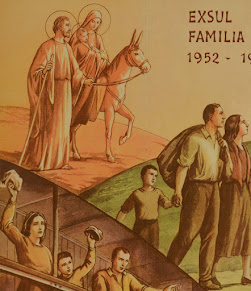 Last August, a 68-year-old document was extracted from decades of dust into the light of the present and republished in Italian by the Vatican press. It was Pius XII’s Apostolic Constitution, Exsul Familia Nazarethana, or the Nazarene (Holy) Family in Exile, first issued on 1 August 1952.

An Apostolic Constitution is the most solemn form of legislation issued by the popes, in the form of a bulla (led-sealed parchment). The background to this was that the Second World War had forced 12.6 million displaced persons (DPs) to seek refuge in various western European countries. Over 3 million of them were Ukrainian. These refugees asked to be ministered to by clergy that spoke their native languages and understood their customs and cultures. Many bishops asked Rome to issue guidelines, the result of which was the first systematic reflection on human migration in the papal magisterium.

Pius XII noted that displaced persons lose much of their security and human dignity, and help up the example of the Holy Family from Nazareth (Jesus, Mary, and Joseph) as an example for migrants of every age. The document also outlined the nature and extent of papal charitable works in favour of millions of DPs, during and after the war (from which Ukrainian religious and cultural entities also benefited). It called for greater, more specified pastoral care of refugees, mandating that ethnic, linguistic, and ritual traditions be supported by local Catholic hierarchs. For its extensive substance and provisions, Exsul Familia became known as the magna carta of migration.

The papal charter was also significant for offering a reflection, not merely on the migration of ethnicities, but also of rites. It provided indications on how the powerful Latin Church should deal with the smaller, more vulnerable Particular Churches. Bishoprics established in the twentieth century for Byzantine-Rite Catholics in Canada, USA, Brazil, and even Italy, were cited as examples of papal solicitude. For the Ukrainian Catholic Church, which had been violently suppressed by the Soviets in countries within their “sphere of influence,” this confirmed the pope’s promise to protect it and restore it in the lands of immigration.

The teaching of Exsul Familia was supposed to serve as a buttress against resourceless Eastern Catholics being forced to assimilate to predominant Latin Rite in their countries of refuge. It was also expected that that Eastern-Catholic missionaries would henceforth be given a freer hand by local Latin hierarchs. Surprisingly, the opposite happened. Exsul Familia laid down principals but its implementation had been entrusted to Roman Curial department known as the Consistorial Congregation. The juridical norms issued by that department replaced existing apostolic visitations to ethnic and linguistic groups with priest-delegates responsible to the Consistorial. 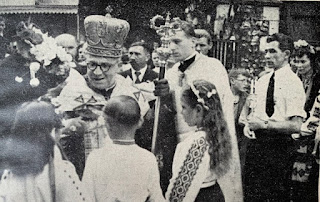 From the moment these norms appeared, diocesan functionaries began to question the authority of Archbishop Ivan Buchko, the Apostolic Visitor for Ukrainian Catholics, who had been granted direct authority over the clergy and faithful throughout western Europe. The wording of the norms made it appear that the papal constitution had also supressed Buchko’s jurisdiction. Chancery functionaries told Buchko’s officials that they would have to apply to become ethnic delegates under Latin diocesan structures. Buchko appealed to the Congregation Pro Ecclesia Orientali to resolve the issue. On 16 November 1953, that Congregation's head, Cardinal Eugène Tisserant, addressed an official letter to Archbishop Buchko, clarifying that Exsul Familia and its accompanying norms did not pertain to the Eastern Rites.

The Latin Particular Church has long had issues with ritual and spiritual diversity within the Catholic Communion and, historically, has very often mistaken itself to be the unique expression of Catholicism. Having experienced this first-hand, at home and in exile, Buchko acted quickly to have more permanent structures put in place. Following the Exsul debate, he petitioned the Oriental Congregation replace his visitation with apostolic exarchates. These were indeed established: in Britain, in 1957; in Germany, 1959; and in France in 1960.

In August 1962. on the eve of the Second Vatican Council, a conference was held in Rome to commemorate the tenth anniversary of Exsul Familia. In attendance was Augustine Hornyak, Auxiliary Bishop and soon to be Exarch for Ukrainian Catholics in Britain. The conference and perhaps even more so the papal charter made a  great impression on the freshly-minted bishop, whose flock identified as скитальці or post-war political “exiles.” When seeking financial assistance for a suitable cathedral church, he pleaded with the papal representative in London: “I am asking for a part of the Universal Church of Christ, for an Exsul Familia, which wants to survive here and sustain the ‘Church of Silence’ in our homeland.” After receiving a large subsidy, Hornyak surprised everyone by christening his new cathedral “Holy Family in Exile” after Pius XII’s Apostolic Constitution. The name “Пресвята Родина в Скиталю” was also intended as a reminder to his flock that the Almighty, who had temporarily permitted the Holy Family’s exile, would, one day, allow exiled Ukrainians to return to their own native land. 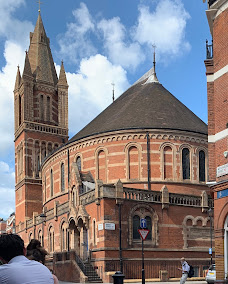 The year 2022 will mark two important anniversaries: the seventy fifth anniversary of the canonical establishment of the Ukrainian Catholic Church in Britain (3 March 1947), and the seventieth anniversary of Pius XII’s Exsul Familia (1 August 1952). In an introduction contained in its new edition, Professor Andrea Tornielli of Vatican Communications notes that Pope Francis’ teachings on migrants have their roots in Exsul Familia. What many in Rome and elsewhere will be surprised to learn is that a cathedral in London, the spiritual Nazareth of thousands of migrant workers today, stands as a living witness to the first Catholic migrants’ charter.
Posted by Rev. Dr Athanasius D. McVay, HED, FRSA at 08:57