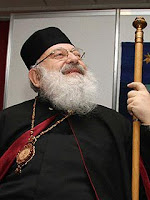 Lubomyr Cardinal Husar ends his Historic Mandate
His Beatitude Lubomyr Cardinal Husar's life story is a series of historical firsts. Today, 10 February 2011, another historical event occurred when Pope Benedict XVI accepted his resignation as Major-Archbishop of the Ukrainian Greek-Catholic Church (the Synod of Bishops accords him the title patriarch). This marks the first time that the head of the Ukrainian Catholic Church has resigned on his own initiative. Indeed, there is no canonical provision for mandatory resignation of an Eastern Catholic patriarch or major-archbishop.
Cardinal Husar's biography includes the following historical firsts. As Head of the Ukrainian Catholic Church he was the first:
– to have lived most of his life outside of Ukraine, in the United States of America and Italy. Although some of the Kyivan Metropolitans were Greek, most of his predecessors lived in Ukrainian lands;
– to have begun his ministry as a secular priest but later embraced the monastic life. Virtually all of his predecessors were members of the Basilian Order. Since 1806 all have been secular priests with the exception of Metropolitan Sheptytsky.
– to have been Archimandrite of the Studite Monks before becoming head of the Ukrainian Church. Metropolitan Sheptytsky had founded the Studites and became their first archimandrite.
– to have been a regular professor at a pontifical university in Rome. Josyf Slipyj taught very briefly at the Gregoriana in 1922;
– to have received episcopal ordination without the papal mandate (1977);
– to have had his episcopal privileges confirmed by the pope and made public almost twenty years later (1996);
– to be appointed exarch of Kyiv-Vyshorod (1996);
– to have been designated a cardinal only a month after his election as major-archbishop (2001);
– not to have received a red hat during the public concistory. Isidore of Kyiv (1440), Sylvester Sembratovych (1895) and Slipyj (1965) received the ancient gallero. Lubachivsky (1985) received a red kolpak (Greek-Catholic biretta).
– to have welcomed a Roman Pontiff to his diocese (2001);
– to become Major-Archbishop of Kyiv-Halych upon the return of the primatial see from Lviv to Kyiv (2004);
– to have participated in a papal conclave (2005);
– to have lost his eyesight during his mandate;
– to have willingly submitted his resignation to the Roman Pontiff. Josyf Sembratovych had been forced to resign in 1882.
– to be present at the installation of his successor.
Posted by Rev. Dr Athanasius D. McVay, HED, FRSA at 06:00

I've just discovered your blog and the treasure-trove of information it contains. I look forward to many fruitful hours of reading!